For the Gold futures intraday perspective, I'm using an STRenko 30 bar chart and price is at a Cha-Ching or Ker-Plunk decisive region. 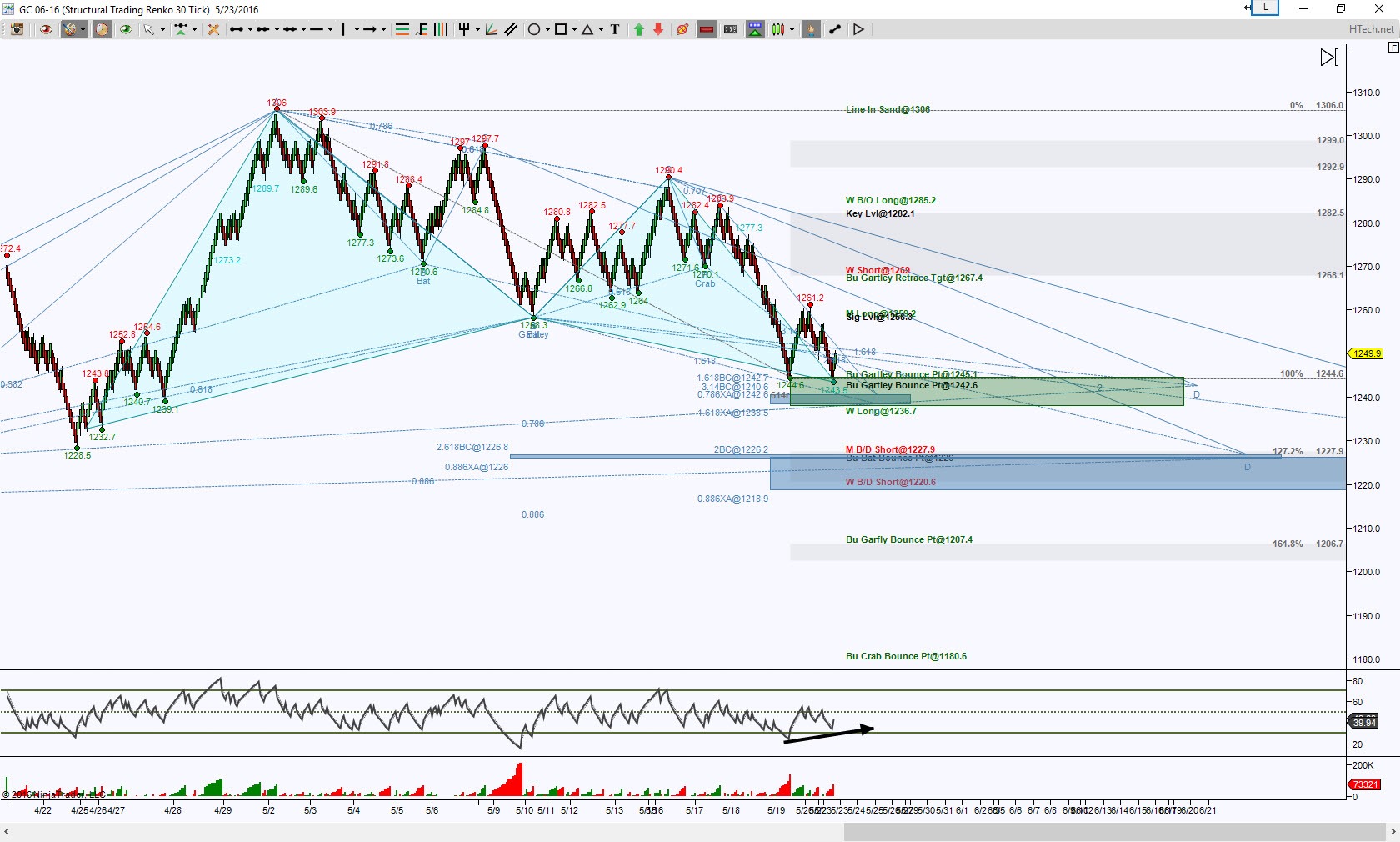 The Cha-Ching scenario is based off a double harmonic pattern completion at the 1245.1 retest.  The first test failed to reach its ideal minimum target which is now 1267.4 because some convergence resistance at 1259 area was the obstacle.  Now the second test does offer buyers an opportunity to step in to push upward for the Retrace Mode but keep an eye on that 1245.1 because if price holds below it the probability of testing all levels inside the double PRZ (Potential Reversal Zone aka the completion zone for a harmonic pattern, in this case there's two patterns so it's a double PRZ) and the bottom of the PRZ becomes a VERY important support test and an area for bulls to defend.  As long as price can hold inside the PRZ, then more important above it, the probability of testing 1267.4 or higher is good.

The Ker-Plunk scenario is if price cannot hold above the bottom of the double PRZ, because there are other harmonic PRZ's lower, the next two being at 1226 to 1218.9 then 1207.4.  There are lower ones, but watch for these PRZ's initially to either be tested, fail or hold.