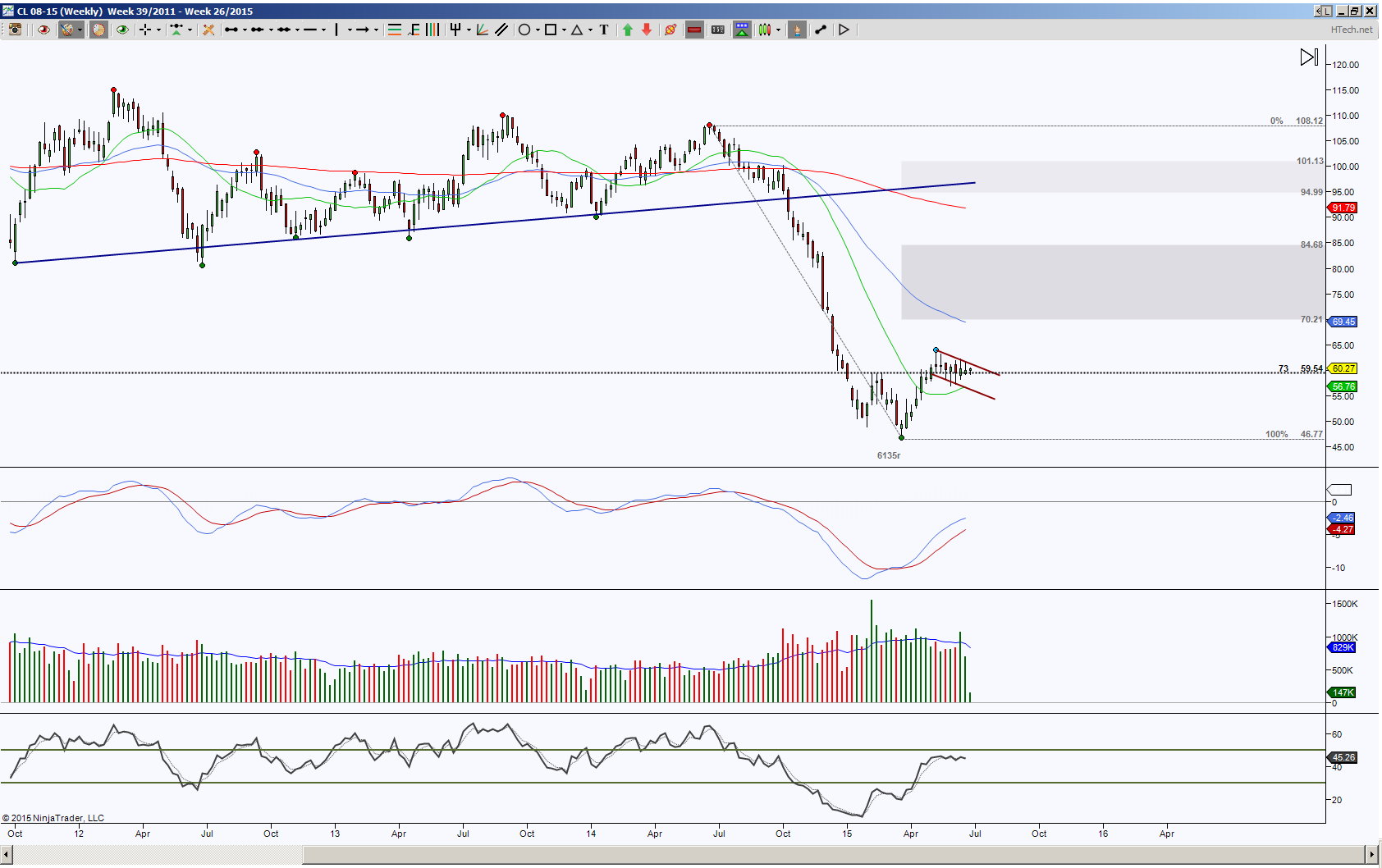 Crude Oil Futures, current month contract is CLQ15, has been in a balanced formation, grinding in contraction mode as shown in this Week chart.  There is an important marker at 59.54 that is a nice gauge as to which level has a higher probability of being tested next, either upside 70.21 or downside 46.77 for starters.

Harmonically speaking, there's a purpose for price to push up to test 70.21, from there that 59.54 again becomes an important level for a support test.  Not to get too far in the "what if's", I'll just leave it at that for now.  First things first, on a week chart perspective, watch for two things, a break and hold beyond the channel which currently is behaving like a bull flag, and just as important watch for price to hold either above or below 59.54. 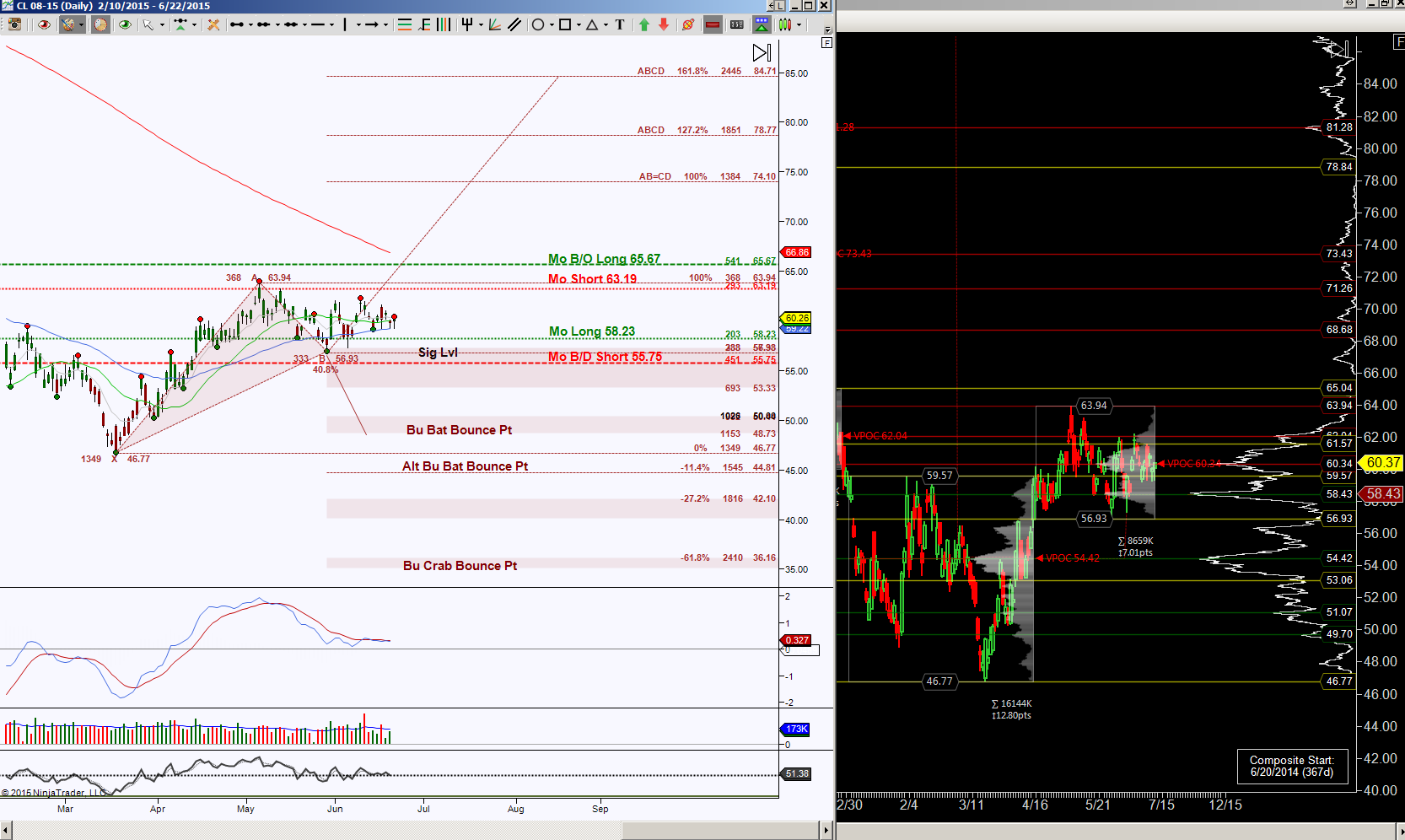 Zooming in for a more fine tuned view, the Day chart shows that price is in between opposing emerging harmonic patterns and the initial levels to break and hold are either above 63.94 or below 58.23 then more importantly below 56.93.  A conviction is needed to hold beyond these levels 0therwise the probability is to remain in the current range.

Also note on the Composite Volume Profile chart, that there is heavy acceptance between 58.43 and 54.42, this is another outcry of chop probability.  The fact that price is ALSO in a very balanced Micro Composite just enforces that chop scenario.  So according to this particular composite, until price can push with conviction above 63.94 then more important above 65.04 to seek higher value, the magnet of 60.34 to 54.42 is too strong and will keep trying to reel it back.

There was an attempt to move away from the acceptance region to the downside and below 49.7 would've been the key but price could not hold below there and thus returned to the magnet.  So keep in mind should price return to that low, there needs to be conviction to the downside, just like with the upside, to seek lower value.